Style:A bit of everything.
Best known for:Not sure, but I can tell you that I never drank 31 cans of Red Bull in 24 hours!
Gig of 2009:Victoria Park, London
Tune of 2009:Basement Jaxx ‘Raindrops (Robbie Rivera Remix)’ (XL)
Breakthrough DJ/Producer of 2009:Avicci
The track that changed your life:Cygnus X ‘The Orange Theme’ – after I heard this track I wanted to play trance music.
>What makes a good DJ great:A great DJ can adjust to the crowd, make them go crazy but still be able to do his own thing.
Most underrated DJ:Dada Life. They should be much bigger then they are at the moment.
Biggest challenge this year:Finishing the production on my album ‘Kaleidoscope’. With all the artists’ busy schedules, including mine, it was a challenge finalising all the songs.
Top tech toy:My new MacBook Pro 17

So, another massive year for Tiësto then. New album, new label, huge gigs, Ibiza residency and more high profile remixes than ever.

“It’s been a very good year!” says the man who could quite easily be bored by it all by now.

It’s all pivoted around his new album, ‘Kaleidoscope’, a massive step forward for Tiësto as a producer, bringing in indie, electro, pop, house, techno and much more into his big, euphoric sound for the most diverse longplayer we’ve had from the Dutchman yet.

“I wanted to make an album that brought together all the different musical influences which I am enjoying at the moment,” he explains from across the US. “It still has the essence of what makes up the Tiësto signature sound, but it takes it in a whole new direction. I’ve taken more of a structured song-writing approach this time, as well as experimented with new sounds and textures. It’s important for me to continue to break new ground musically.”

As impressive as the music on ‘Kaleidoscope’ is, almost as surprising is the artists that he’s tempted to sing for him. As well as Calvin Harris, the album features indie kids like Bloc Party’s Kele Okereke and pure pop stars like Nelly Furtado.

“When I started spending time with a lot of these musicians, most of them didn’t necessarily think of my music as ‘trance’ as much as it was electronic dance music,” Tiësto says of his dalliance with the hipsters. “Pretty much all of them had been to my shows or other dance artists in the past, had a great time and sincerely enjoy many kinds of dance music.”

One of the biggest changes this year has seen Tiësto move from Black Hole to his own Musical Freedom.

“I think that Black Hole has done a great job for me in the past, but I have grown as an artist and needed to make a change,” he explains. “Musical Freedom is my label. It’s an outlet for my evolving sound but also to release and support new music and artists that are important to me.”

But it hasn’t just been a year locked in the studio, the album led to a Kaleidoscope world tour, which kicked off with not one, not two but three nights in New York. While none of the artists were able to go on tour with him, Tiësto got some of them, like Tegan and Sara and CC Sheffield, involved with video performances that are worked into the sets. In fact, video has been a huge part of seeing Tiësto play this year.

“I worked with an incredibly talented company from Montreal called Moment Factory to bring everything to life,” he says. “It’s based much more on the video content for this tour and we have been working around the visual concepts of ‘Kaleidoscope.'”

Before the tour, Tiësto called in on his British fans at Victoria Park – 20,000 of them in fact.

“Victoria Park was one of the biggest and best shows for me this year,” Tiësto reckons. “I love London. Dance music is a major part of the culture in the UK and it shows. Everyone that came out had an amazing energy and vibe.”

Another key show has been his fundraising event at Privilege, in Ibiza, for Dance4Life, along with Robbie Rivera and Richard Grey, slotting into his summer residency. It’s a charity that is very important for Tiësto, combining serious information about HIV and AIDS with dance music and entertainment, which Tiësto says “really motivates young people to get involved”.

Elsewhere, Tiësto, who has a track on DJ Hero, has been at the remix grindstone in a fairly major way. Having just finished a remix for Editors’ ‘Papillion’ that he’s particularly proud of, he’s taken in The Killers, Bloc Party, Yeah Yeah Yeahs and Calvin Harris along the way. He also produced a track for Memphis rap duo Three 6 Mafia.

“It’s great to see the US urban artists embrace dance music,” he says. “The track I did with Three Six Mafia was a lot of fun to do, but I’m not sure it’s part of any movement that way.”

So, Tiësto’s most diverse year yet then, and, like he says, a very good one. 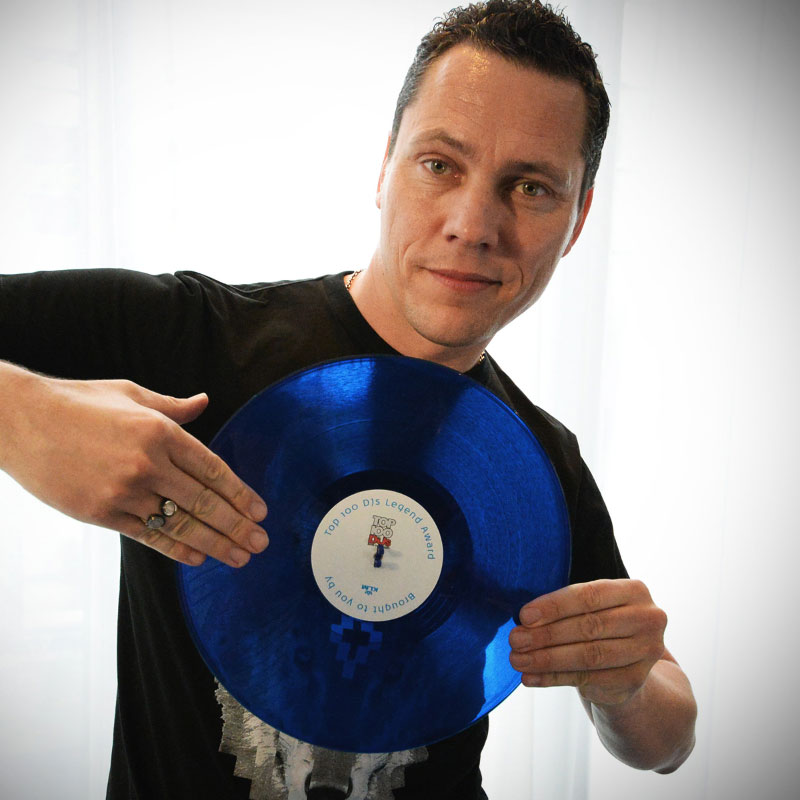